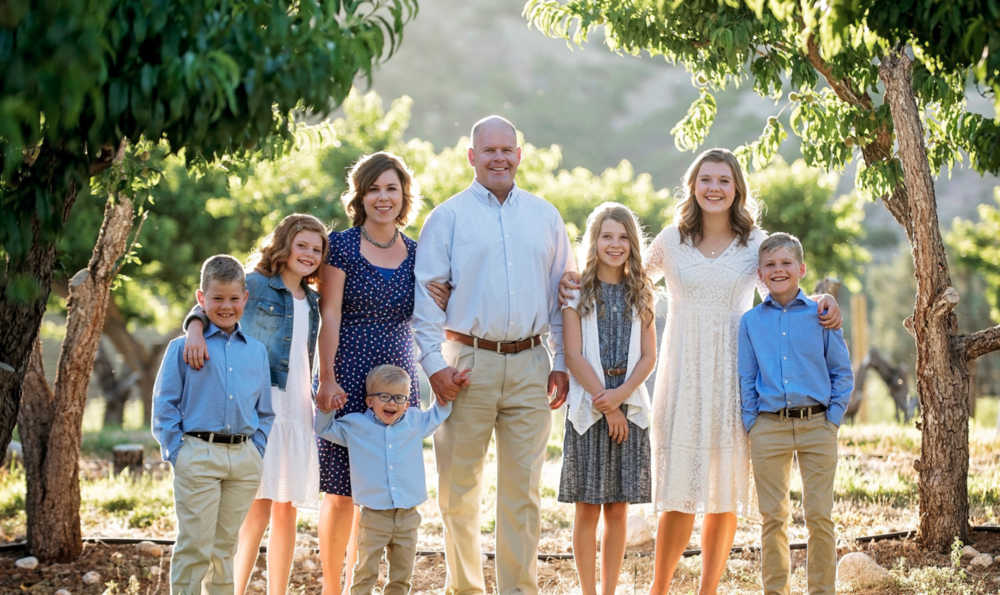 Over the past decade, both PlatformCHD and Tiny Hero have undergone considerable development. For several years now, they have been meeting regularly to share ideas and gain inspiration. Chairman Frank Meijer of PlatformCHD spoke with Founder Annie Zolman and Executive Director Barb Lamb of Tiny Hero. About their own experiences with CDH, peer support, better medical care, the Tiny Hero Run and a hopeful future. “There’s so much coming at you.”

Annie and Frank are already talking at length when the “official” appointment has yet to begin. It is obvious they share many experiences. Both parents of a child with CDH, having been through it all. Both assertive and positive-minded people, and they are in complete agreement about the number one key word when it comes to CDH: hope.

And in order to bring that hope to as many families with CDH as possible, they both decided to take action. Frank set up PlatformCHD in the Netherlands, Annie and her husband created Tiny Hero in the United States.

Annie, Barb and Frank speak to each other digitally. Frank from his home office in Arnhem, at the end of a long day’s work. Annie and Barb from their homes in Alpine and Highland, Utah, where the day has just begun. Annie has just taken her son Adam (7), the youngest of six children and born with CDH, to the bus.

“Adam had a severe form of CDH,” says Annie. “The doctors gave him a 20 percent chance of survival. But he’s doing well now. He runs around, when I leave him alone he makes himself cereal. He loves trucks, digging, animals. He’s a happy kid.” Adam’s developmental delays do still pose regular challenges, though. “Among other things, he has speech apraxia, which means his brain has to work harder to talk. Sometimes you can’t tell what he knows. He understands a lot more than he can express.”

Annie realized that as a parent, the journey full of challenges doesn’t end after your child leaves the hospital. “There’s so much coming at you, and it just goes on and on. You keep worrying about health, of course, though that feeling slowly diminishes. But there’s also that developmental delay. Think about special preschool interventions, for example, to make sure your child can go to kindergarten.”

It motivated Annie to found Tiny Hero, along with her husband Steve. “We want to help other CDH families find the best care and give them a hopeful future. From a community of people who know what it’s like to be in your position. When you know people who have already been through it all, it makes so much difference. First of all because you no longer feel like you’re on your own. Many parents suffer from this, because the disorder is so rare. And second: because of their knowledge, of course. Where do you go for a specific problem, what questions do you ask the doctors? It can be overwhelming what you have to deal with and it is therefore very valuable to have these people around you.”

This is also why it is so good to see that organizations like PlatformCHD and Tiny Hero have grown considerably in recent years and are working on professionalizing their operations. Barb, the current Executive Director of Tiny Hero, symbolizes that development. Annie recently stepped down as Director and transferred most of her duties to her colleague and friend. “We are blessed with Barb,” says Annie.

“I want to be involved in something that matters,” Barb tells herself. “When I got involved with Tiny Hero, I was tremendously touched by CDH stories and what it does to parents. The low survival rates that were given by doctors, how often the termination option was suggested, it almost made me angry. Tiny Hero has been instrumental in helping people understand there is help and hope. What I see are these beautiful children, who had a rough start in life, but other than that are basically normal individuals. It became a passion for me to do everything I can to help these kids move forward.”

Along with colleagues Leah (living in Atlanta) and Linda (Florida), Barb is responsible for Tiny Hero’s day-to-day operations. Arranging grants, sending information about CDH to members, organizing fundraisers, Care packages for parents, the Tiny Hero web shop, well-run social media channels. Tiny Hero is a serious organization, and Barb is the one who oversees it all. With PlatformCHD, Frank wants to move in the same direction and he likes to take Tiny Hero as an example. “I hope we’ll soon have our own Barb”, he laughs.

Sharing ideas and getting inspired

As organizations “across the pond,” as Annie calls it, there is much we can learn from each other. And the collaboration between PlatformCHD and Tiny Hero is already taking concrete forms. A perfect example is the Tiny Hero Run, which PlatformCHD organized for the first time last year and was an immediate success.

Conversely, PlatformCHD’s CDH crocheted bunny’s were well liked by Annie and Barb. And undoubtedly, in the near future Tiny Hero and PlatformCHD will start sharing more and more ideas with each other. “CDH deserves a positive story,” Frank emphasizes. “We’re learning an awful lot from Tiny Hero in how we can bring that positive story to people.”

The best care for children with CDH

In addition to the support PlatformCHD and Tiny Hero offer parents with their community, practical tips and fundraisers, they also provide grants to help families find the best medical care for their CDH children. Because the more visible they are in society, the more attention they can generate for the importance of doctors and surgeons specializing in CDH.

“In the U.S., we have a very good example: Dr. David Kays,” Annie explains. “He is probably the number one CDH-expert in the world. Kays started as a general pediatric surgeon, but now CDH is all that he does. The difference in survival rates is huge: nationally, it’s now between 60 and 70 percent for children with CDH; with Dr. Kays, it’s over 90 percent. And he’s getting the most severe cases.”

Frank agrees these are promising signs. “In the Netherlands you have two centers of expertise, RadboudUMC and ErasmusMC. There’s a lot they can do there. What I would particularly like to see improved is the time it takes for parents to get directed to the right place once they get the diagnosis. So they can get the best care and information right away.”

‘You have to believe in it’

Annie and Frank agree that collaboration between organizations such as PlatformCHD and Tiny Hero can create more awareness and knowledge about CDH worldwide. “I once attended a conference where Dr. Kays spoke,” Annie explains. “He said something there that stayed with me: ‘when you’re taking care of a child with CDH, you have to believe that they can survive. Because if you don’t think that, you’ll be right and they probably wont’.

Unfortunately, there are still many people who think that way.” PlatformCHD and Tiny Hero are doing everything they can to change that.